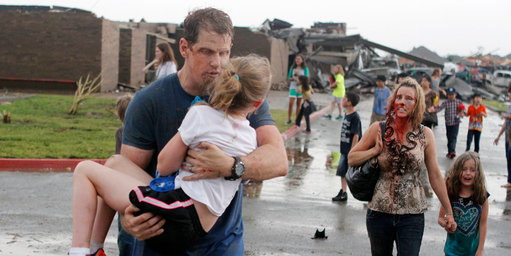 In general news, a British soldier was brutally beheaded by too radical Islamic terrorists in London. In the U.S., one of the largest tornados in history leveled a suburb of Oklahoma City, killing children in an elementary school, and Memorial Day was celebrated under extreme weather (snow in New York and floods in Texas).

In healthcare business news, Bausch & Lomb could be acquired by Valeant (VRX) for $9, while Actavis (ACT) plans to buy Warner Chilcott for $8.5 B. Recall, VRX and ACT almost merged. Pfizer (PFE) plans to sell the remaining equity in animal health Zoetis (ZTS). Lastly, the Supreme Court will hear a case relating the a Medtronic patent.