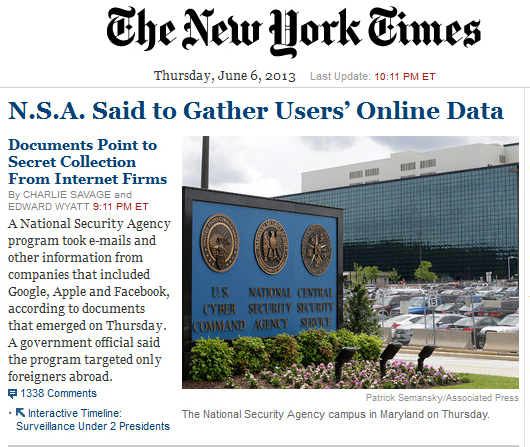 In general news, stories leaked to two newspapers confirmed that the U.S. government is collecting data on law-abiding citizens relating to all phone calls and Internet use, which triggered outrage even from the NY Times. The news complicated President Obama’s summit with China’s President Xi to discuss cyber attacks. The economy continues to sputter, creating only 175,000 jobs in May. Elsewhere, another mass shooting by a crazed gunman took place in California, killing at least five, and another steroid scandal is plaguing MLB.

In healthcare business, Tesaro (TSRO) shares spiked on news of a partnership with Breast Int Group to go to phase 3 with Phase 3 clinical development with niraparib.

On the data front, Clovis (CLVS) shares doubled on good ASCO data on drug C-1686 to treat lung cancer. In other ASCO news, as previously reported, anti-PD1 drugs and MEK/BRAF related drugs were the stars of the meeting.

From the FDA, Steve Nissen was rebuked when an AdCom voted to remove the severe REM restrictions on Glaxo’s (GSK) Avandia. In congress, a bill was passed to allow the FDA to better track prescription drug ingredients fro start to finish.

Post Views: 600
This entry was posted in - The Weekly Summary. Bookmark the permalink.