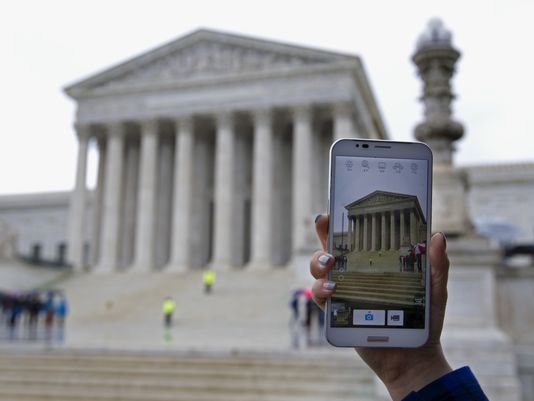 In the general news, The Supreme Court released several decisions, including one to make content on a smartphone protected, requiring a separate warrant to search if the owner is arrested. The Court also backed the EPA and ruled that smog-reducing regulations were legal. In the economy, the winter caused the GDP for Q1 to shrink by 2.9%, but signs indicate that Q2 has already rebounded.

In healthcare business news, Abbott (ABT) acquired Russian drugmaker Veropharm for $13.6 Billion, using its overseas cash without a tax penalty. Also, Auxilium (AUXL) will merge with Canadian company QLT (QLTI) for the inversion tax breaks of becoming a non-US company.

On the data front, Medtronic (MDT) had important data publish in the NEJM about its REVEAL XT monitor to track patients at risk of stroke caused by atrial fibrillation. Vertex (VRTX) spiked 40% with pivotal trial data on its cystic fibrosis drug cocktail of lumacaftor and ivacaftor. Lastly, Ohr Pharma (OHRP) shares fell when squalamine failed in AMD.

From the FDA, MannKind’s (MNKD) inhaled insulin Afrezza was finally approved (The stock has appreciated 150% since our October, 2013 interview with the company). Troubled Indian company Ranbaxy won approval for generic Diovan. Lastly, private Argo Medical received approval for the exoskeleton to help paraplegics.

Post Views: 683
This entry was posted in - The Weekly Summary. Bookmark the permalink.