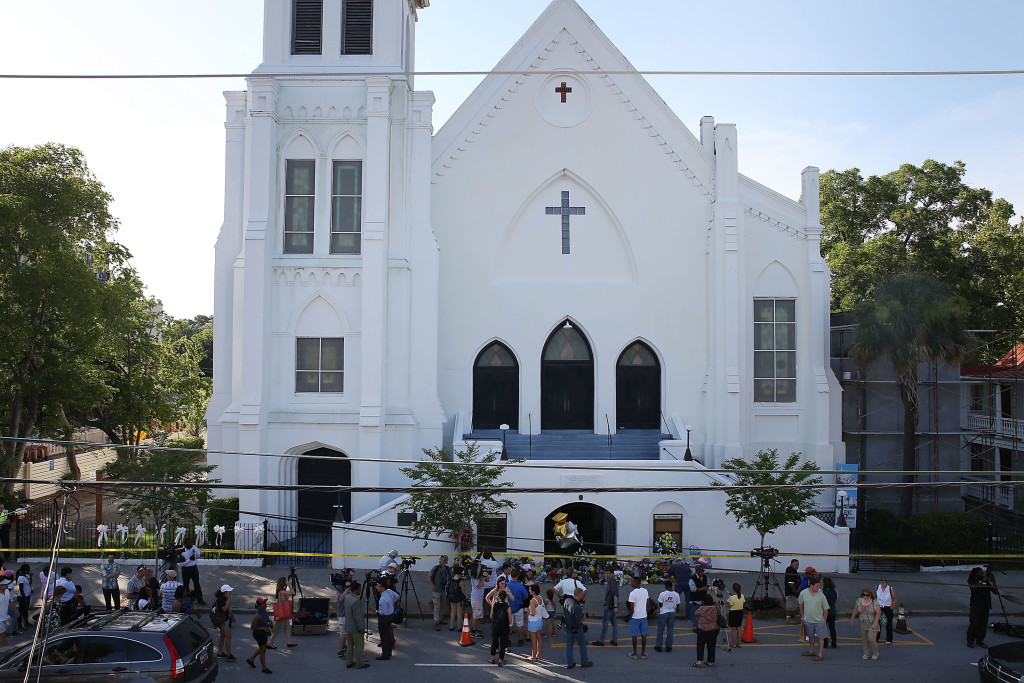 CHARLESTON, SC – JUNE 18: People stand outside the Emanuel AME Church after a mass shooting at the church that killed nine people on June 18, 2015, in Charleston, South Carolina. A 21-year-old suspect, Dylann Roof of Lexington, South Carolina, was arrersted Thursday during a traffic stop. Emanuel AME Church is one of the oldest in the South. (Photo by Joe Raedle/Getty Images)

In the general news, Greece, once again, is poised to default on its debt. In the U.S., nine African-Americans were murdered while in church by a crazed white male gunman, once again. In the movies, Jurassic World broke all-time records earning $500 Million for the weekend.

In healthcare business news, Anthem (ANTM) made a $47 B bid for Cigna (CI), which was rejected. CVS (CVS) bought Target’s pharmacies and will rebrand them as CVS. Actavis (former ticker ACT) changed its name to Allergan and to ticker AGN, as the new company acquired Kythera (KYTH) for its double-chin-melting injection product Kybella.

In other regulatory news, the DOJ arrested hundreds of doctors and other medical professionals associated with an alleged $700 Million CMS billing fraud scheme.

Post Views: 732
This entry was posted in - The Weekly Summary. Bookmark the permalink.