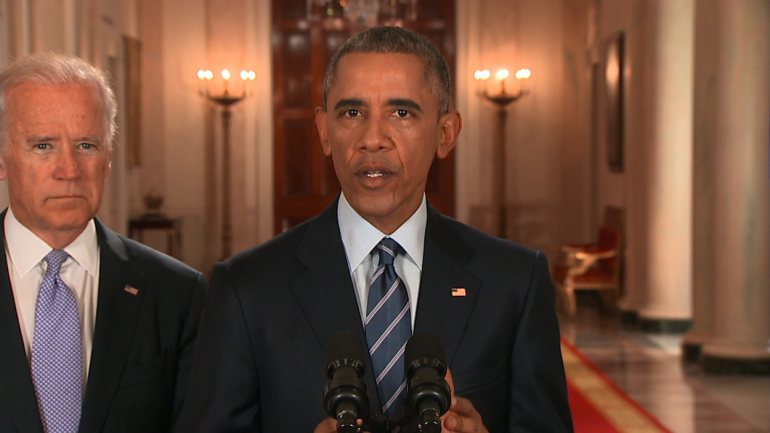 President Obama praises a nuclear deal with Iran as Vice President Biden looks on at the White House.

In the general news, Iran and the U.S. agreed to a deal that would stall the development of nuclear weapon for Iran. Congress still has to approve it. In Europe, Greece agreed to austerity moves that allowed the European Union to lend it more money, avoiding an exit from the EU. In the U.S., five members of the military were massacred by a lone wolf radical Islam terrorist in Tennessee.

In healthcare business news, Celgene (CELG) made the biotech bubble official by purchasing Receptos (RCPT) for $7 B to obtain pipeline drugs that could fail. Valeant (VRX) acquired Egypt’s Amoun as it expands in Africa. Lastly, earnings season began with JNJ beating estimates.

From the FDA, Amgen’s (AMGN) blinatumomab to treat leukemia was approved.

Post Views: 611
This entry was posted in - The Weekly Summary. Bookmark the permalink.