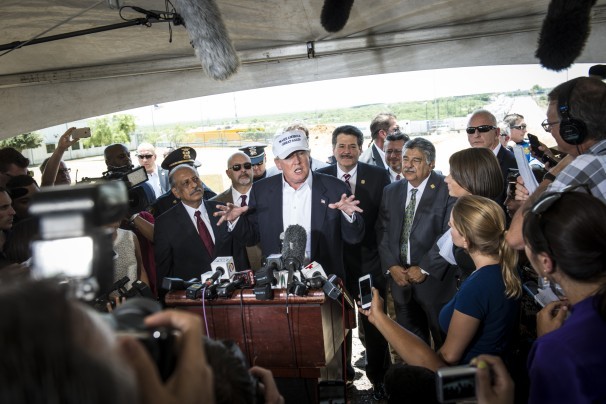 In the general news, President Obama became the first sitting president to visit Kenya, where his father was born. In the U.S., another deranged gunman shot innocent people in a theater, this time in Louisiana, and Donald Trump became the polls leader for the 2016 race.

In healthcare business news, the latest consolidation move in health insurance companies became the Aetna (AET) and Cigna (CI) planned merger for $37 B. However, traders were skeptical that the FTC would allow it. In other M&A, St. Jude (STJ) acquired Thoratec (THOR) for $3.4 B. Also, Teva (TEVA) is in talks to acquire the generics business from Allergan (AGN) as the generics companies look to expand to add to their pricing power.

On the data front, Eli Lilly (LLY) released data on solanezumab to treat Alzheimer’s, suggesting that it slows the progression of the disease. However, BIIB‘s Alzheimer’s drug aducanumab failed. Cara Therapeutics (CARA) posted phase 2 data on opioid agonist, CR845 to treat uremic prurutis. Lastly, Glaxo (GSK) and the Gates Foundation made progress on a malaria vaccine with European approval.

In oncology, Exelixis (EXEL) posted data on cabozantinib to treat renal cancer. AMGN was approved to expand the indications of Kyprolis to relapsed multiple myeloma in combination with Revlimid. Novartis (NVS) won approval for Odomzo (sonidegib) to treat basal cell skin cancer. Recall, in 2012, Roche and Curis (CRIS) won approval for a similar hedgehog pathway drug Erivedge. Lastly, NVS will be allowed to sell the first biosimilar, Zarxio, an equivalent to AMGN’s Neupogen, in September.

In other regulatory news, the 21st Century Act bill passed in the house and it awaits a senate vote. This bill would make it easier to approve drugs and devices, lowering the safety hurdle.

Post Views: 635
This entry was posted in - The Weekly Summary. Bookmark the permalink.