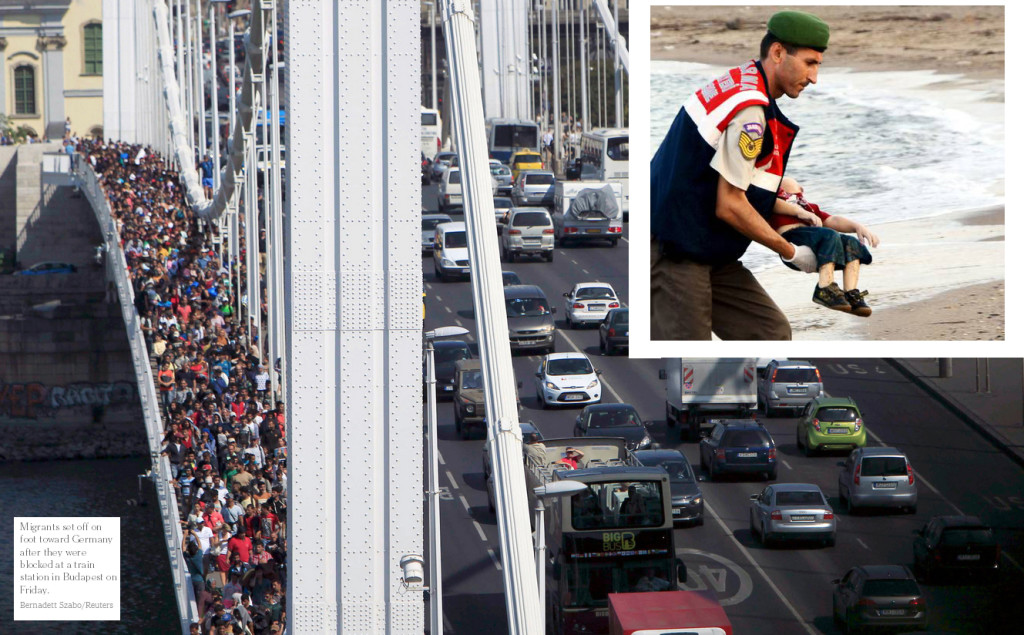 In the general news, thousands of refugees fleeing ISIS in Syria flooded Hungary attempting to reach Germany. None of the Arab states were offering to help take them in. In the U.S., six police officers in were targeted and shot in different random incidents throughout the country. President Obama visited Alaska, renamed Mount McKinley to Mount Denali, and plans to expand the U.S. ice breaker ship fleet to compete for the Arctic seas that are opening up due to global warming. In the economy, the August jobs numbers were light at only 173,000, but August numbers are almost always adjusted higher later, and the stock market volatility continued ahead of the Fed rate hike decision.

Post Views: 715
This entry was posted in - The Weekly Summary. Bookmark the permalink.