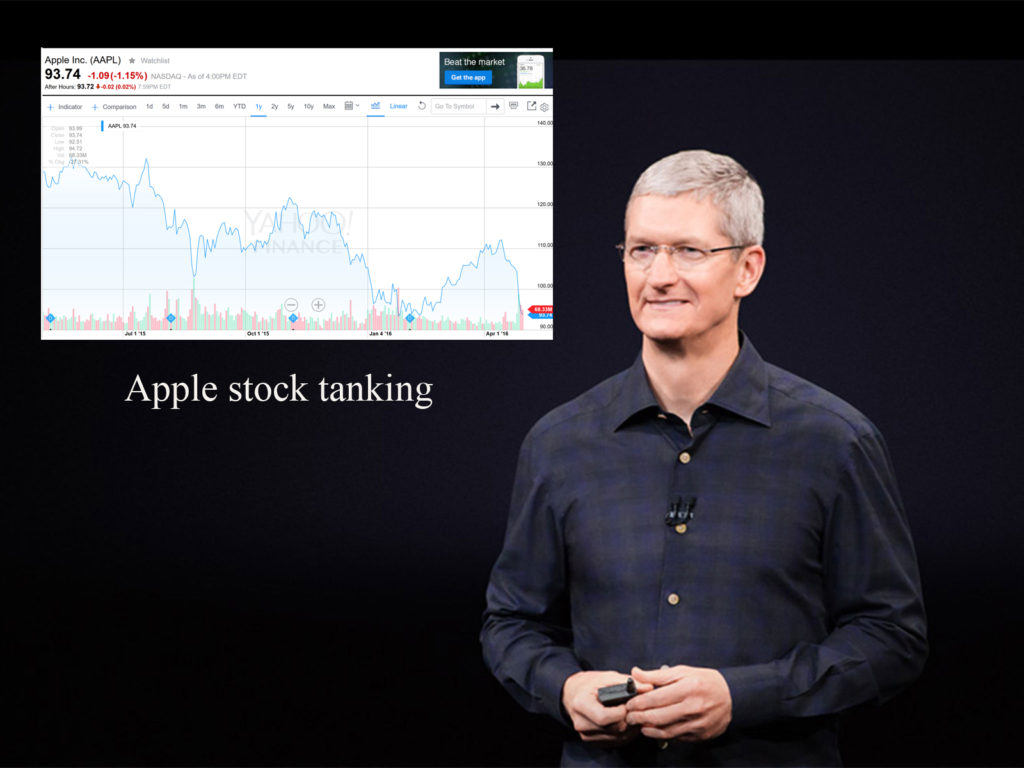 In the general news, Trump and Clinton won big in Pennsylvania and other states, making them the presumptive candidates for each party. Apple suffered a decline in revenue for the first time since 2003, and the NFL won in the Second Circuit to uphold the penalties against Tom Brady for DeflateGate.

In healthcare business news, Abbott (ABT) became bloated again by buying St Jude (STJ) for $25 B, for no apparent reason other than to gain pricing power. AbbVie (ABBV) acquired Stemcentrx for $10 B, and beleaguered Valeant (VRX) chose former Perrigo VEO, Joseph Papa, to become the new CEO.

From the FDA, Sarepta’s (SRPT) eteplirsen to treat DMD was rejected by and AdCom for lack of efficacy. Novartis (NVS) received Breakthrough status for Ilaris to treat Periodic Fever Syndromes (i.e. a newly created syndrome by the drug industry). Allergan (AGN) received approval for a generic Crestor (rosuvastatin), and Acadia’s (ACAD) Nuplazid was approved to treat psychosis related to Parkinson’s (which will undoubtedly be used off-label like the other antipsychotics).

In other regulatory news, hedge fund tycoon and mastermind behind Valeant’s pricing scams, Bill Ackman, was forced to testify before a senate hearing. Also, Colorado has a ballot issue this Fall that will create the first single-payer system.

Post Views: 693
This entry was posted in - The Weekly Summary. Bookmark the permalink.