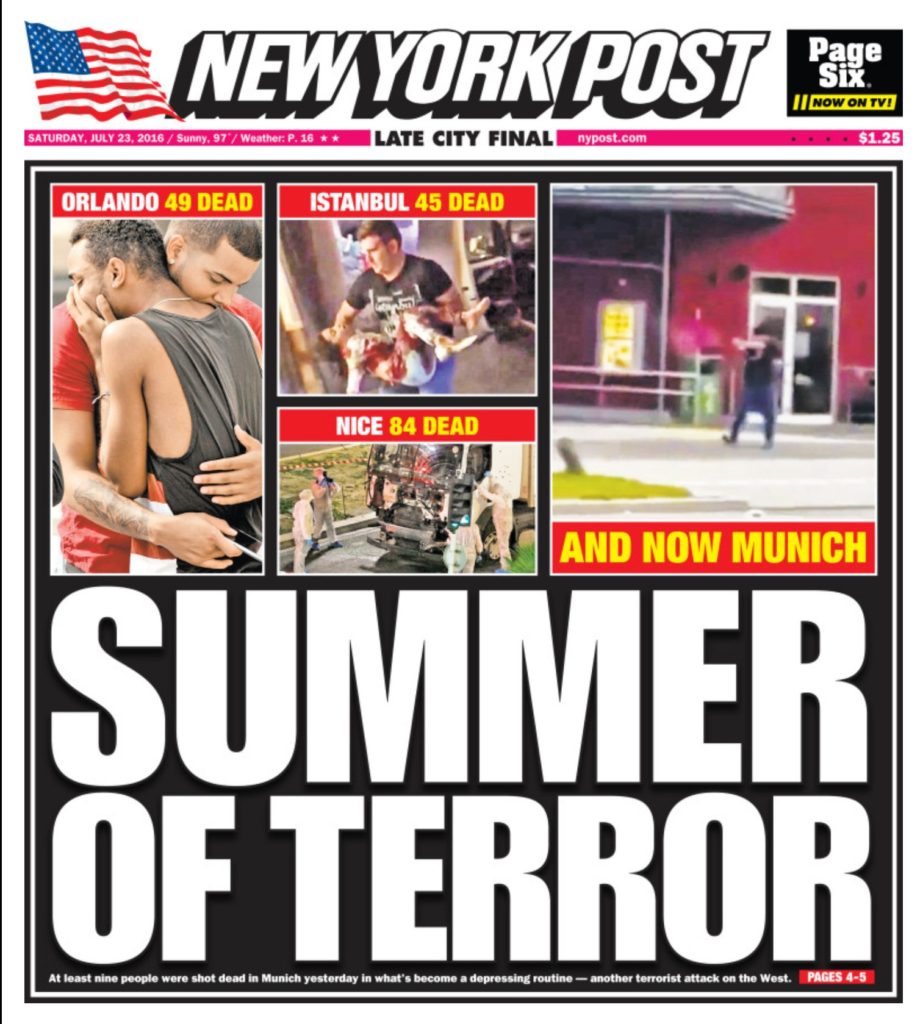 In the general news, Europe was hit with a third major terrorist attack within a month when a jihadist shooter in a Munich, Germany McDonald’s murdered at least eight children and other innocent victims. In the states, three police were gunned down in Louisiana, and another one in Kansas City was shot, all by Black Lives Matter terrorists. The GOP convention in Cleveland ended with a speech by Trump outlining all of the violence in the world and how he will stop it. Then, Hillary Clinton chose Virginia Governor Tim Kaine as her VP and DNC Chair Debbie Wasserman Schultz was ousted in the wake of leaked emails showing she was rigging the primaries. A baby was born in the U.S. with microcephaly due to the Zika virus. And lastly, the head of Fox News, Roger Ailes, was fired.

From the FDA, Bristol Myers’ (BMY) Opdivo was approved for head and neck squamous cell cancers. A panel voted to approve Valeant’s (VRX) psoriasis drug brodalumab. Novartis (NVS) was rejected for its application to make a biosimilar of Amgen’s (AMGN) Neulasta (pegfilgrastim), while Amgen’s biosimilar of Roche’s Herceptin met endpoints.

Finally, in other regulatory matters, the DOJ filed a lawsuit to block the planned mergers of Anthem (ANTM)/Cigna (CI) and Aetna (AET)/Humana (HUM).

Post Views: 747
This entry was posted in - The Weekly Summary. Bookmark the permalink.