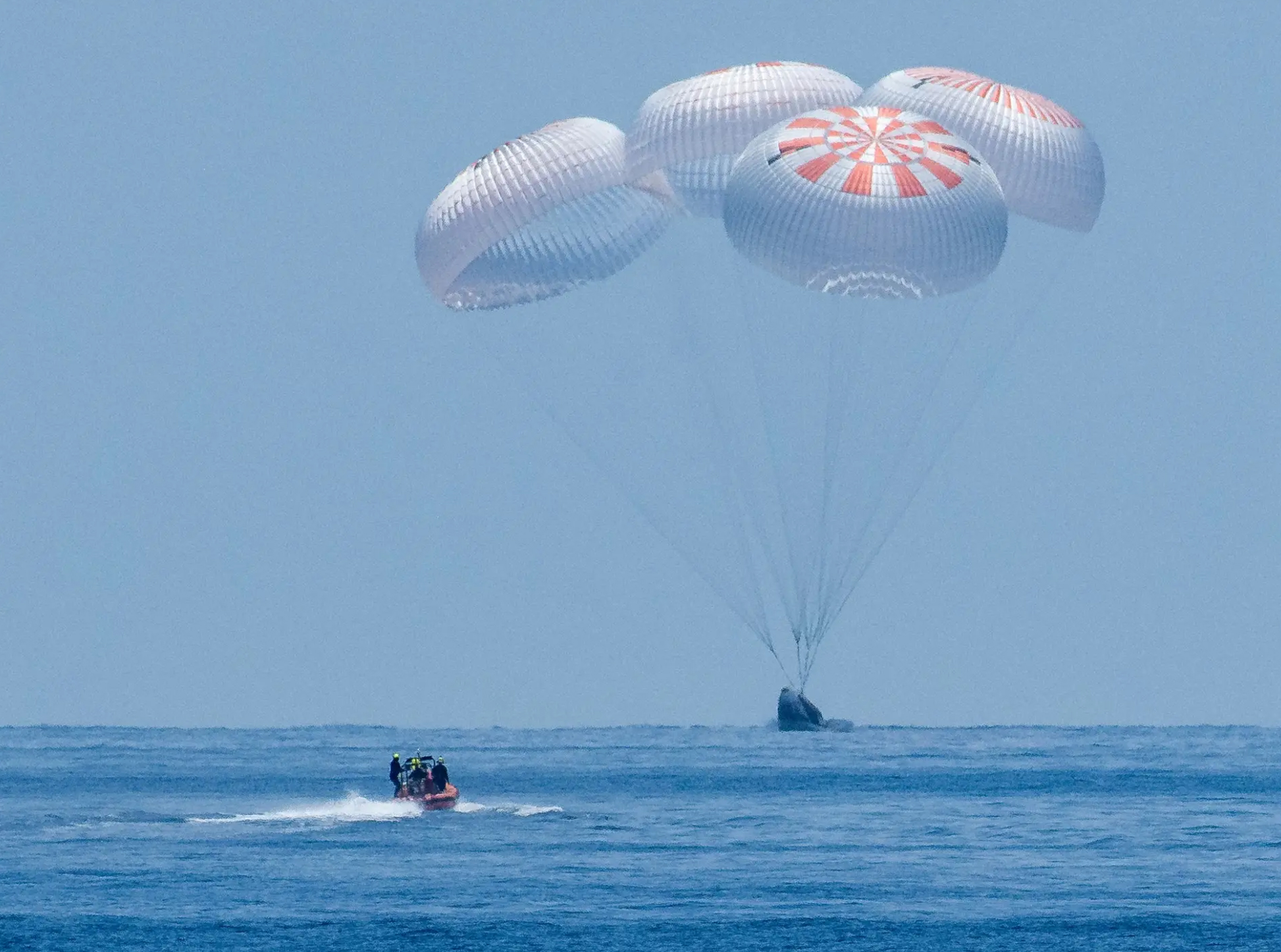 In the general news, rioting in Portland continued as dozens were arrested and slapped with federal charges. Bill Clinton was finally connected officially by court documents to the Epstein pedophilia scandal. President Trump directed the FCC to implement his executive order preventing online censorship. As rare uplifting news, SpaceX splashed down American astronauts for the first time in 45-years.

In healthcare news, Sweden’s Wuhan virus death rate approaches zero now with herd immunity having been reached. In Germany, thousands protested the onerous Wuhan virus restrictions, such as masks. In the U.S., a group of credible MDs in white lab coats went to D.C. to protest the propaganda campaigns that are harming people, such as stigmatizing or banning hydroxychloroquine (HCQ). It struck a nerve with the Democrats who are trying to close down the economy in order to hurt Trump’s chances. So, Twitter, YouTube, Facebook, etc. censored their video. One of the doctors, Simone Gold, MD, a doctor with an MD from University of Chicago and Stanford Law degree, was fired simply for being in the viral video, meaning doctors all over the country are now chilled from using hydroxychloroquine. In the wake of the video, RINO Ohio Governor Mike DeWine banned HCQ, only to reverse his actions a day later. Meanwhile, former presidential candidate Herman Cain reportedly died from the virus, but then Trump denied that. Also, Supreme Court Justice Ginsburg’s pancreatic cancer is spreading, obstructing her bile duct, forcing her into the hospital again.

In healthcare business news, Moderna (MRNA) received another $500 million from the government and began Phase 3 trials on their Wuhan virus vaccine. Pfizer (PFE) then joined by entering Phase 3 of their vaccine trial. Kodak transformed into a drugmaker. Sanofi (SA) received $2.1 B from the government for its vaccine. The drugmakers race to build a super-cold supply chain for the mRNA vaccines. Gilead’s (GILD) remdesivir caused the company to increase earnings guidance. And lastly, the Allovir (ALVR) IPO went up 100% as all of biotech reaches record bubble territory.

From the FDA, Gilead and Kite (KITE) won approval for their CAR-T cancer therapy that will cost $373,000 per patient.

Post Views: 272
This entry was posted in - The Weekly Summary. Bookmark the permalink.