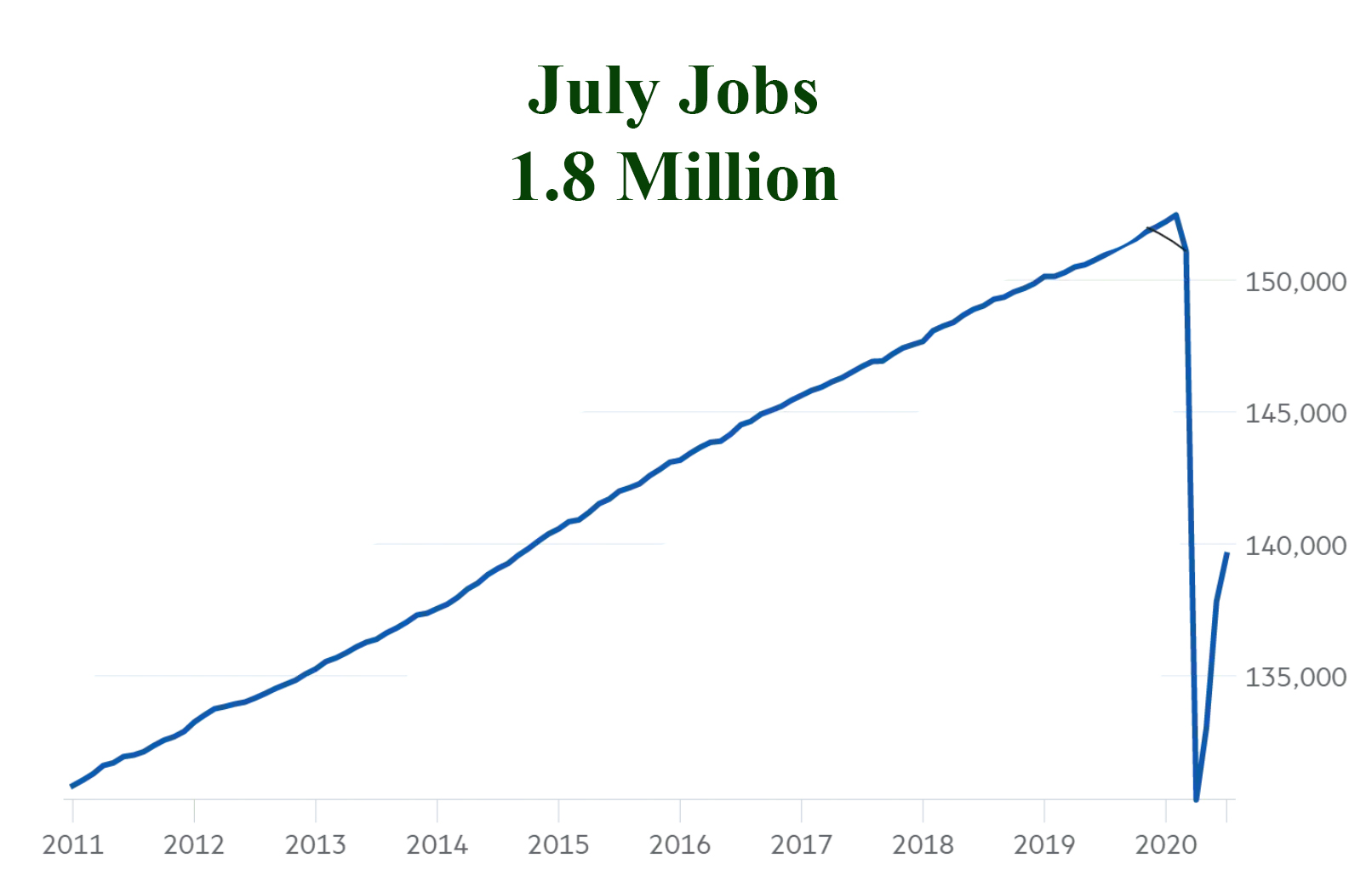 In the general news, a huge explosion in the scale a nuclear bomb destroyed a portion Beirut. It was preventable and caused by a Russian stockpile of nitrogen fertilizer. In the U.S., the Second Civil War continues as Democrats “war game” strategy of California seceding, ala the South in the First Civil War, and the Marxists won in primary elections across the country. President Trump outmaneuvered Chuck and Nancy by signing an executive order extending unemployment and other pandemic relief. The Democrats were trying to obtain bail-out money for their poorly-run blue states. In the economy, July jobs gains of 1.8 million, despite efforts to shut down the economy again, was good news for Trump. Unemployment fell to only 10.8%.

In healthcare and pandemic news, a NYC Democrat councilman credited hydroxychloroquine (HCQ) for saving his life. An article exposed the falsehoods in Anthony Fauci’s statements about hydroxychloroquine not working, and this website is collecting the data from the HCQ studies to refute the propaganda against the drug. Inexplicably, NYC Mayor de Blasio set up checkpoints to harass people wanting to come into NYC, at a time when people are fleeing the city. It is becoming more well known that avoiding routine medical care during the pandemic is deadly. Regarding statistics on deaths caused by the Wuhan virus, the CDC admits that deaths are incorrectly being labeled as virus cases, and California also admits that their data are wrong.

In healthcare business news, President Trump signed another order encouraging drug manufacturing to come back to the States. However, like the order lowering drug prices, it seems to be mostly symbolic. Also, the DOJ now seeks $1.8 Billion more from pain-ill maker Purdue Pharma.

On the data front, Relief Therapeutics (RFLB) is getting news coverage of their  aviptadil to treat Wuhan virus patients. Also, Eli-Lilly (LLY) is testing an antibody to treat the virus.

Post Views: 132
This entry was posted in - The Weekly Summary. Bookmark the permalink.