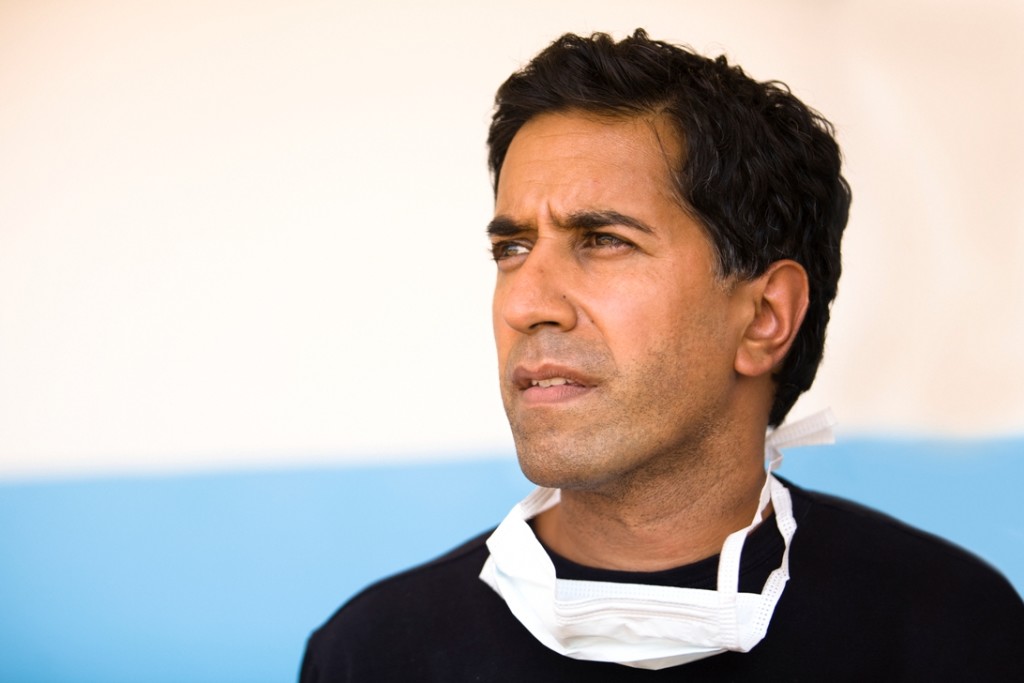 July 9, 2015– CNN’s fame-seeking Dr. Gupta has been caught exaggerating his “life-saving” surgical exploits. Like fellow TV-doctors, such as Dr. Oz and Dr. Snyderman, this TV doctor gave up medical ethics long ago in order to be sensational and famous.

The Post reports, “Gupta, a neurosurgeon, bragged about performing a lifesaving brain operation on a young girl in the aftermath of the devastating Nepal earthquake in April, but misidentified his patient in a dramatic video report the network aired, the Web site Global Press Journal reported.

“She has a fractured skull, a blood clot, and her brain is swelling,” Gupta said in the segment, standing near a stretcher holding a girl the network identified as Salina Dahal, 8. “Without emergency surgery, she’ll have permanent damage. Or, like so many other earthquake victims, she’ll die.”

The video then cut to footage of Gupta (inset) wearing scrubs in an operating room, triumphantly proclaiming that “Salina will live.”

But Salina never had brain surgery, or surgery of any kind, and was treated only for a broken wrist and some minor head wounds, the Web site said. Gupta did assist in a brain operation on another girl, Sandhya Chalise, 14, and now the network and Gupta are scrambling to explain how its report went wrong.”