Review: The new iMac is unsuitable for the serious worker 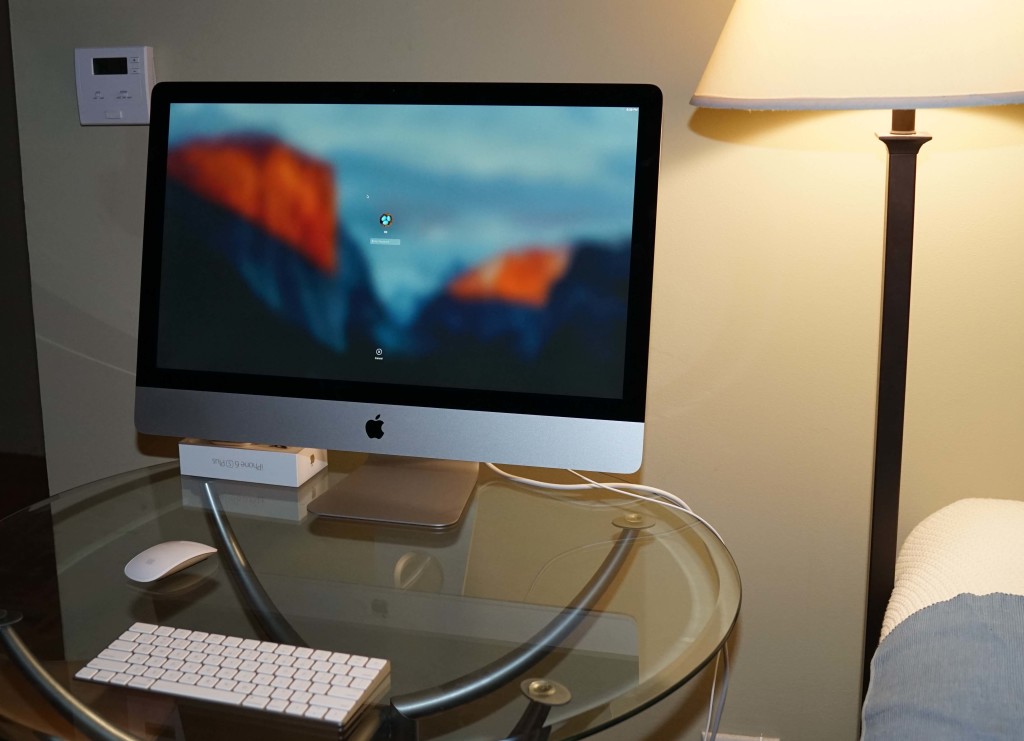 I recently purchased the new 27-inch iMac after enjoying my new iPhone and Apple TV. I finally made the attempt to leave clunky Microsoft PC’s behind.

Well, I am now returning it. This is a poorly design computer unsuitable for real business or scientific work. The only innovations in the computer are for style, and have actually made the computer worse.

They removed the CD drive, in classic “Do it our way” Apple Inc. arrogance. Any Blu-ray 4K disc or high-quality music CD one might have cannot be used on this device. Software you have purchased years ago and still want to use (like my year 2000 Microsoft Office) will not be easily loaded without an adapter drive.

Of course, it sure is convenient for Apple TV and iTunes music revenue to have everyone buy content that is downloaded from iTunes. So, to eliminate the competition, such as Netflix or record labels, Apple is simply refusing to install a disc drive.

The USB and other inputs that Apple did “allow” us to have are hidden in the back, making them hard to access. But they sure help the iMac look cool.

The mini-keyboard is oh so cute and stylish, but it is like typing on an iPhone. It lacks the separate numbers block of keys that business people need. It lacks a “Backspace button”. It is only suitable for writing text.

The mouse has always been the design flaw of the Apple product line since the beginning, which arrogant Steve Jobs refused to fix. They now have a “Magic Mouse”, which is garbage.

The new OS 10 “El Capitan” is too controlling and limiting. It makes it hard for one to set up their own system of files. The OS tries to tell you where to place you music and video. Again, Apple had iCloud and iTunes in mind rather than the serious professional user’s needs. The “Finder” is also garbage.

Don’t look for help from Apple setting this up. Their senior managers at three different stores in Manhattan were all as unfamiliar with the iMac as I was. When I bought it, the Apple “genius” had to look up on his phone to understand the difference between the three price points. I attended a workshop, and they spent 15-minutes on whether to put the computer to rest or turn it totally off, etc.

If you are an investment banker, accountant, or small business owner, this iMac setup will be suboptimal. If you are switching from Windows, you will find it unacceptable. If you are a publicist, advertising executive, or retail shop owner, then this stylish iMac is for you.

Why is the biggest company in the world doing such a poor job with the desktop? Apple is now a company with “legacy products”, which are the iMac and laptop lines. In biotech, for example, legacy products for Amgen are the epo and growth hormone drugs, which got them started in the 1980’s, but are now drags on the real growth and ignored by management.

Likewise, Apple is an iPhone company now. The Mac desktops that got them started are a very small percentage of revenue and are legacies. Most of the attention is placed on the iPhone lines.

As a result, the OS for the mobile devices is great. In stark contrast, they have made no attempt to make the desktop iMac OS user-friendly or bring it up to date. The new “innovations”, such as the magic mouse, “Finder”, or eliminating the CD port, have just made the product worse.

So, I am going to get my $2,000 back and blow it in Vegas or something. It will be money better spent.