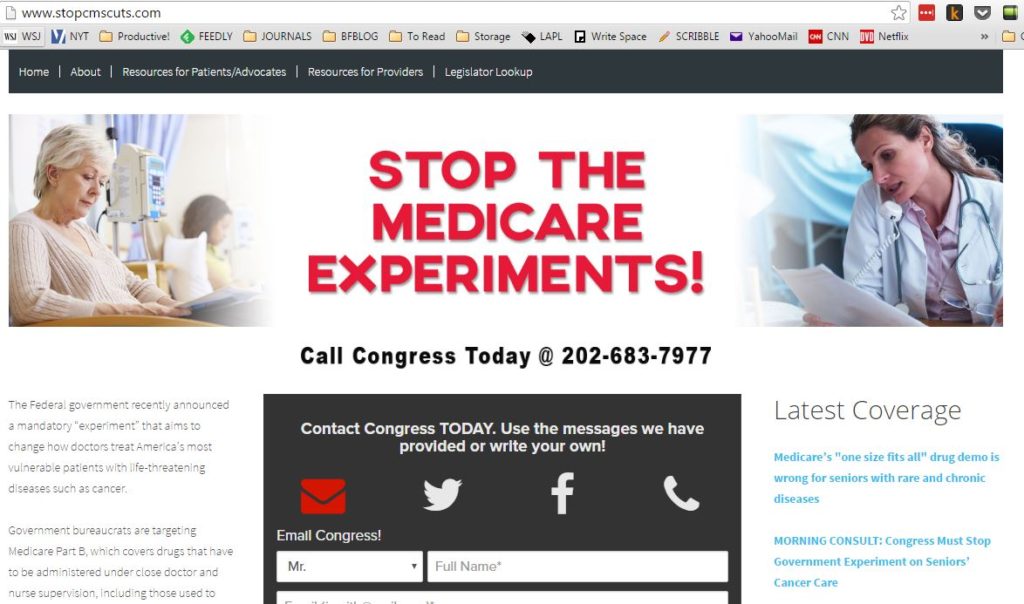 May 15, 2016- Bruce Quinn, MD PHD posted on his “Discoveries in Health Policy” blog this follow-up to our 2012 reporting on Obamacare’s CMMI pork project.

“In March 2016, the Centers for Medicare and Medicaid Innovation announced a nationwide program to abruptly change drug payment policy for the agency (article and links here).   CMMI had traditionally run relatively small demo’s, but realized it had the legal authority, via a petite phrase tucked into the law, to waive any Medicare law it wants to.   (This is like getting one wish, and the wish is, to have as many wishes as you want.)

Post Views: 1,505
This entry was posted in Uncategorized. Bookmark the permalink.