Maybe my brain was spared 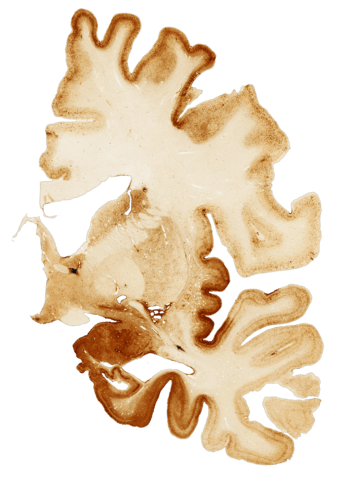 Last week, I sat next to an Ohio State University offensive lineman while attending a Roger Waters concert. He was a giant at 6’9”, but seemed to be a smart guy with smart parents.

I was making small talk, discussing how I injured my hands when I briefly played wide receiver at Ohio State in 1988. He showed me a grotesque finger injury that he suffered, tearing the ligaments and nerves.

I then almost put my foot in my mouth by telling him the real reason that I quit, which was that I did not like the practice drills where we bashed our heads together. I knew it would expose the ugly gorilla in the room of the head injuries he was suffering right now being on the team.

Making the news this week is a very credible study in JAMA. It showed that 99% of the brain autopsies of 111 deceased ex-NFL players found Chronic Traumatic Encephalopathy (CTE). The brains were as young as 23-years-old. Even autopsies on people who only played in high school had CTE (Fortunately, I was not allowed to play in high school).

I honestly do not see how the sport of football can survive this growing body of evidence that the sport turns one’s brain into tangled mush. Even macho fathers who were stars in the NFL don’t recommend allowing kids to play football.

How can high-schools allow football teams to exist? School officials are afraid of frivolous lawsuits, but not worried about the liability of damaging students’ brains?

If the NFL were a public stock (rather than a corrupt, private, tax-exempt “non-profit”), it would be a huge short. The stadiums are already rarely full and TV ratings are off.

I first wrote an essay almost a decade ago explaining how head injury can be reduced if the existing rules on the books were enforced to ban head-to-head contact. The sport has begun to enforce those with some success. But even that will not prevent the skull-clashing that happens to a lineman or running back on every single play. Unless they come up with some miracle helmet, this sport is doomed.

I thank the football gods that I never suffered a concussion. But my unwillingness to use my head as a weapon (and worries over damaged fingers) is why Coach Gene Huey yelled at me. I sucked at the sport and quit before they cut me.

Related to all of this, I have been using my brain more intensely over the last two-months than I have ever used it before. I have been preparing the numerous briefs required for the summary judgment stage of my federal First Amendment case. This work that I am doing surpasses medical school and my early Wall Street days in terms of brain computing power.

A good analogy would be playing multiple games of chess at the same time, for 12-hours a day, seven days a week, for two-months. However, unlike chess, before you can make a move, you must write a lengthy brief that requires memory of thousands of pages of other documents (Artificial Intelligence like IBM’s Watson cannot do this, by the way. But that is the topic for another essay).

I seem to be able to do this legal writing work just fine. Actually, I am excelling at it and I am 49. As a one-man pro se Plaintiff, I am defeating two different legal teams staffed with Harvard, Cornell, and Columbia lawyers.

Numerous smart lawyers have encourage me to go to law school, but I have wondered if my brain could still do it. I have no doubts now.

This is all good news to me. Maybe my brain was spared after all. As I have done many times in my careers since college football, my instincts told me to get out.