Steve Bannon and the epidemic of Baby Boomers with mental illness 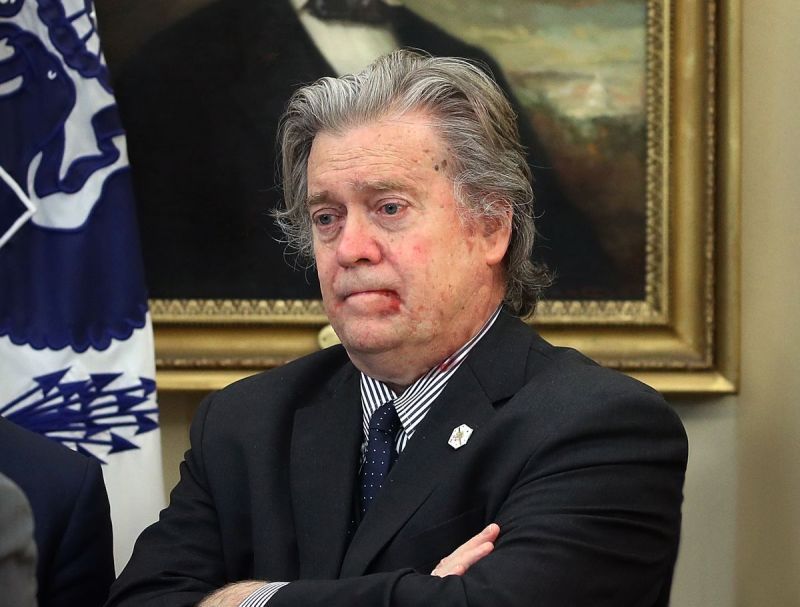 President Trump made news yesterday by issuing a statement firing back at Steve Bannon for allegations he is making in a new tell-all book. He stated that Bannon had “lost his mind” after being fired. That was not some insult he thought of out of the blue. People close to the White House think Steve Bannon really is schizophrenic.

Bannon has many of the traits of schizophrenia. His appearance is disheveled. He abuses alcohol. His executive functions are poor, having led the efforts on the impulsive, poorly thought out, travel bans that every court shot down. But more importantly, he seems to have genuine delusions of grandeur.

He thinks he is some political kingmaker like Karl Rove was, when he is not. He now thinks that he can take down President Trump with a book. He will be squashed like a bug.

The reality is that he failed miserably in The White House. Then, he failed in Alabama with an atrocious candidate for senate.

While Bannon has delusions of taking down the President of the United States, in reality, he might even get fired from the small failing Breitbart blog. All of this is genuine delusional, irrational behavior.

Kellyanne Conway is another suspect member of The White House who made her way in through campaigning. She too is disheveled and states bizarre things with an odd affect.

This is all part of a bigger problem. There is an epidemic of Baby Boomers in their sixties with late-onset schizophrenia. In addition, substance abuse is a big problem in this age group. The opioid epidemic is also impacting baby Boomers more than other ages.