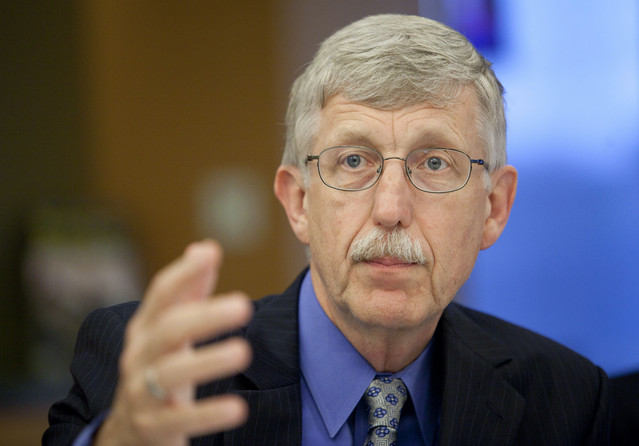 September 12, 2017- Science reports, “President Donald Trump’s administration has brought a long-simmering debate over how the U.S. government supports university research back to a boil. In its 2018 budget proposal released last week, the White House proposes cutting so-called indirect cost payments that the National Institutes of Health (NIH) makes to universities, hospitals, and research institutes by about two-thirds, to 10% of each grant.”

Many years ago, when I was a second-year surgery resident at NYU, I took time off to conduct research. I design some clinical studies on wounds and was awarded more than $400,000 by the VA. In the course of setting up the trials with the IRB department, I was appalled that the university wanted to take a huge chunk of my grant money for “Indirect Costs”.

NYU explained to me that the indirect costs helped cover the operating costs of the hospital and the staff that made the research possible. It seemed fishy to me then, but I was just a naive surgery resident.

Over the next 15-years, the problem of skyrocketing college tuition and bloated faculty levels has become a major impediment to many students who desire a higher education. As a result, the next big financial bubble that could bring down the economy is student debt.

Last year, I was watching Charlie Rose interview the president of Harvard, Drew Gilpin Faust, and she was still complaining about the impact of the sequestration cuts made when the “fiscal cliff” expired in 2012 without congress acting to stop the mandatory budget cuts. The reduction in NIH funding was a concern for her, and she explained that it impacted all of Harvard, not just the medical school.

This caught my attention. I smelled a rat. I was no longer a naive surgery resident, but rather a seasoned and cynical Wall Street analyst with a very sensitive and accurate bullshit meter.

I recalled back to the time that I was fleeced by NYU when I got some grants, and then it made sense. I wondered whether all of this do-gooding “medical research” funding from the NIH was becoming nothing more than welfare for the bloated universities.

I recently asked some friends of mine in the Inspector General’s office of the HHS if they knew of any good GAO reports on the topic, and they found the perfect one. In 2013, the GAO studied indirect costs paid out by the NIH.

In other words, the elite private universities, such as Harvard, are commanding a disproportionate share of the NIH welfare in the form of indirect costs. Every dollar spent on indirect costs takes away from money that could be spent on real research.

The report goes on, “The combination of these trends and factors results in indirect costs growing at a faster rate than direct costs. Indirect costs are one-fifth of NIH’s total budget, or $6.2 billion in fiscal year 2012, but NIH officials reported that they have not taken steps to assess the significance of future indirect cost growth for universities, or planned for options that might address these trends or factors, in part because they view increases in indirect costs as having been modest.

However, factors suggest that indirect costs could increase more quickly in the future. Over the long term, they could lead to a reduction in the number of research grants that could be funded, thus potentially affecting scientific discoveries and knowledge.“.

So, I then wanted to find out just how much of the Harvard budget is comprised of NIH welfare, and I did not have to look too hard. They spelled it out in a 2012 Harvard report, “Federal sponsorship comprised about 16 percent of (Harvard) University’s overall operating budget for the fiscal year 2012, according to the Office for Sponsored Programs 2012 annual report.

The schools most at risk from federal cuts are Harvard Medical School and Harvard School of Public Health, both of which rely heavily on the National Institutes of Health and the National Science Foundation for funding.

The Medical School alone took in over $250 million in federal funds during the 2012 fiscal year, a sum that accounted for 34 percent of its operating budget. Though the School of Public Health brought in a slightly smaller total of nearly $193 million, that amount was 55 percent of the school’s overall budget.”.

With one-third of the budget for Harvard Medical School coming from federal funds, how can it be classified as a “private school” free of the restrictions that state schools face?

When the snooty top-tier private universities brag that they should be considered amongst the best schools because they receive boatloads of NIH grant money, they should be explaining that a big portion of that money is wasted on indirect costs to keep their bloated systems afloat. Cancer isn’t being cured. Pseudo-governmental bureaucracies are being fed.

Francis Collins, the Director the NIH, did not reply to our questions.

Post Views: 1,945
This entry was posted in - Opinion, Congress, NIH. Bookmark the permalink.