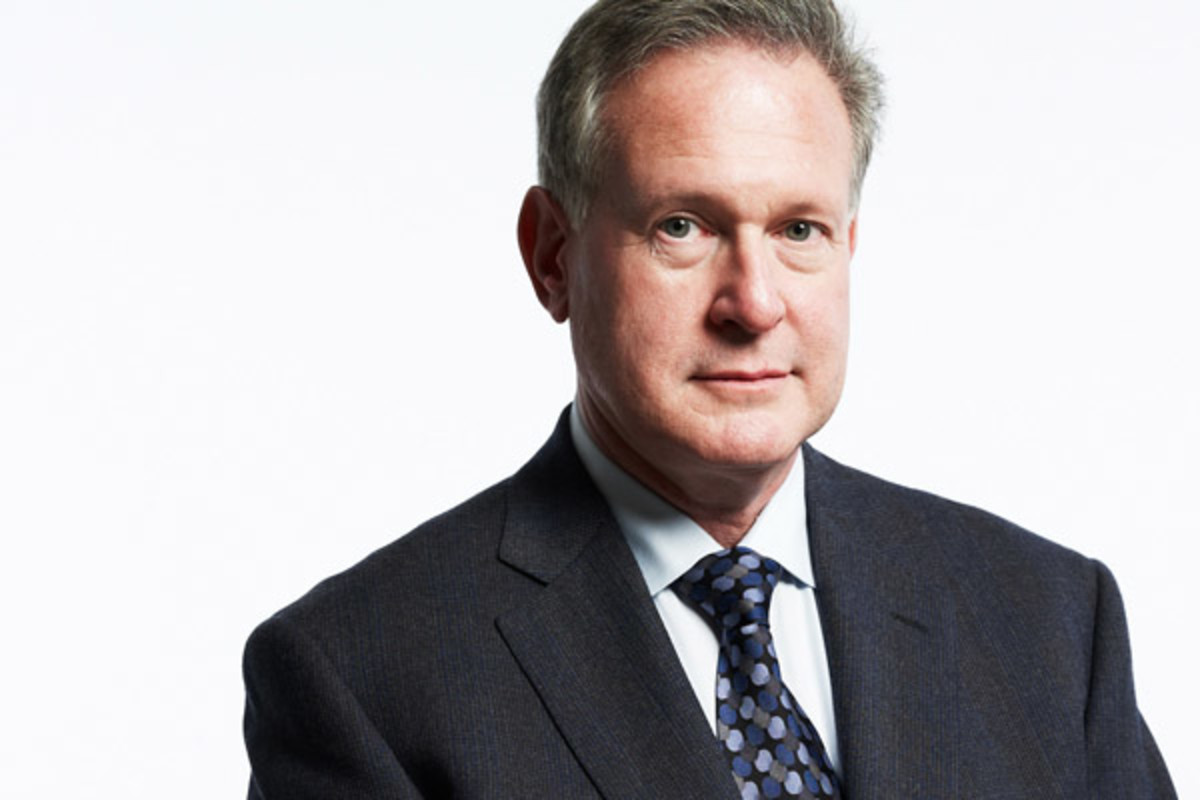 How did our ancient ancestors evolve from being pure meat eating carnivore hunters into grain fed farmers, and which diet is healthier? With nearly 7 Billion people on Planet Earth, how did obesity become a bigger problem than malnourishment? Did humans suddenly become undisciplined gluttons, or is modern processed food toxic and addictive?

Those are the questions answered by Robert Lustig, MD, pediatric endocrinologist at the University of California, San Francisco, in his new book “Fat Chance: Beating the odds against sugar, processed food, obesity, and disease”

The book is really three books in one. Book 1 is an excellent scientific summary of the physiology of hormones that control hunger and fat production. Also, it covers the foods and environmental factors that alter the energy regulation of the body leading to obesity.

Book 2 is a refreshingly credible assessment of the various diets and fads that have been tried and studied over the decades. It is also a guide to buying healthy real food.

Book 3 then discusses the politics and policy that have led to the rise of the processed food industry and subsequent global obesity pandemic.

In the first part of “Fat chance”, Dr. Lustig explains why the dogma of “All calories are equal” is false. Some foods are turned into fat by the liver, become toxic, and cause the brain to crave more food, while other foods nourish the body and give a sense of being full (satiety). He makes the case against obesity being the fault of the patient. Obese people do not simply “eat too much” and are not “too lazy to exercise”. In fact, he points out that strict diets and ample exercise are doomed to fail if the food eaten is the modern processed sugary food so ubiquitous in the modern world.

Since 2001, the number of obese children in America has tripled, from 6 Million to more than 18 Million. Dr. Lustig writes that they will be the first generation to die at an average younger age than their parents. Teens with Type 2 diabetes used to be almost unheard of. Now, they are commonplace in clinics. People in their 40’s are suffering heart attacks more often. Globally, there are 30% more overweight people than malnourished people. By 2015, there will be 3 Billion people overweight on the planet.

Dr. Lustig then explains why overeating and lack of exercise are not the causes of obesity. Rather, they are symptoms of an underlying neuro-hormonal system run amuck. The normal checks and balances on energy consumption and expenditure have been bypassed by processed foods.

Insulin is the king of the hormones, he explains. Insulin causes fat to be created, while a hormone called leptin triggers the brain to no longer feel hungry. However, various foods (and in rare cases brain tumors) can cause leptin to be ineffective or depleted, insulin to rise, and muting the signaling of leptin. He calls insulin the “leptinator”.

Cortisol is another important hormone, which is triggered by stress. Increased cortisol will interfere with the normal balance of leptin and insulin leading to the craving of food as “comfort food”. Cortisol also leads to the creation of unhealthy “visceral fat” inside the abdomen around the liver and organs, which is different from fat under the skin.

One of the more fascinating biochemistry facts elucidated in the book is that there are four types of food which can be metabolized only by liver cells and must be converted into fat, which subsequently leads to fatty liver disease. These are: 1) fructose found in common sugars, 2) ethanol found in alcoholic beverages, 3) trans-fats found in junk foods and margarine, and 4) certain types of proteins.

Other foods, such as starches (glucose) found in potatoes or pasta, for examples, while high in calories, can be converted into healthier storage forms, such as glycogen. Therefore, one will develop much more quickly visceral fat, fatty liver disease, and a range of other ailments by eating the four bad food types, as opposed to eating “real food”, such as meats, vegetables, and other natural non-processed foods.

Dr. Lustig first gained mainstream notoriety with his viral video of a medical school course of his teachings that fructose is toxic. Sugars added to food, whether they be white table sugar, honey, or other forms, all contain fructose or sucrose (which is one part glucose and one part fructose). In addition, most fruits and juices contain pure fructose.

Fructose is many times sweeter than glucose and our brains crave the stuff, explains Dr. Lustig. Sugar has become so ubiquitous that it is even in most bread found in the grocery store (sugar preserve freshness of baked goods as well as makes it taste better). However, Dr. Lustig explains that fructose is toxic because it is converted straight to fat in the liver, elevates blood pressure by forming uric acid, damages arteries and muscles by forming the Maillard reaction, and creates a mental craving by throwing out of balance the insulin, leptin, and ghrelin hormones. He correlates the rise of obesity in America, beginning in the 1970’s, with the advent of high fructose corn syrup (HFCS) invented at the same time.

Fiber is another key factor in fighting obesity. It slows down the transfer of the glucose load in the stomach to the intestines and pancreas, preventing insulin spikes and the liver from being overloaded. The fiber in whole fruits is why the fructose can be tolerated better than fast acting juices.

Dr. Lustig correctly points out that the real benefit from exercise is not in calorie burning, but rather in muscle building and cortisol reduction. Muscles consume the ingested food and prevent fat creation. One does not need only to do the treadmill to fight obesity. Short periods of weights are effective too.

In “Book 2”, Dr. Lustig reviews the various fad diets that have gained popularity over the years. Using the medical literature as the judge, he explains that the low fat diet was a dismal failure, despite at one point being the official diet of the American Diabetes Association and American Hear Association, among others. The low carbohydrate diet, in many forms, such as the Atkins or South Beach diets, is effective and has been proven so in randomized trials published in The New England Journal of Medicine. He also provides charts of foods to buy at the grocery story, and dietary suggestions, such as eating protein for breakfast to stay full longer.

In “Book 3”, Dr. Lustig follows the money trail to explain how unhealthy processed food has become so prevalent, driven by the lobbyists of the food industry that control congress and the executive branch. He points the finger at public enemy #1, which is the Farm Bill passed after the Great Depression, which, among other things, subsidizes corn and high fructose corn syrup, and has corrupted the USDA dietary recommendations. Another reason for the power behind the food industry is that it represent more than 10% of the economy.

Other geopolitical reasons for the spread of sugar into so much of our food go back to the price fluctuations of sugar after the Cuban revolution and a big hurricane in Miami. This caused the sugary drink manufactures and candy makers to finally adopt high fructose corn syrup (HFCS) as the main ingredient. Sugar is also added to processed food because it makes the texture of baked goods and chocolate more appealing and reduces spoilage. A viral time-lapse video infamously shows a McDonald’s Happy Meal not spoiling for years. Jay Leno purchased 14 year old chocolate chip cookies from eBay and ate them on the air. Processed food has no fiber because it can be frozen and thawed better.

Dr. Lustig closes with specific calls to action in the form of new regulation of bad foods. He defends against critics who call this the “Nanny State”, explaining that other public health menaces are restricted and controlled, such as tobacco and alcohol. He compares the eradication of toxic fructose to using vaccines to eradicate deadly diseases.

Specific policy changes that Dr. Lustig views as realistically achievable include using the FTC to prosecute misleading food advertising, such as sugary children’s cereal. He would also like to have the FDA remove fructose from the “GRAS” (Generally Recognized As Safe) list, tax sugary foods, and restrict access to sugary food as Mayor Michael Bloomberg is doing in New York with 16-ounce sugary drink bans.

“Fat Chance” is an important work that will not receive the book circuit attention that it deserves because the food industry pays the bills of the TV and print media venues. In fact, other popular TV doctors, such as Dr. Oz, go out of their way to not list sugar as contributing factor to obesity.