The Real Reason College Tuition Costs So Much 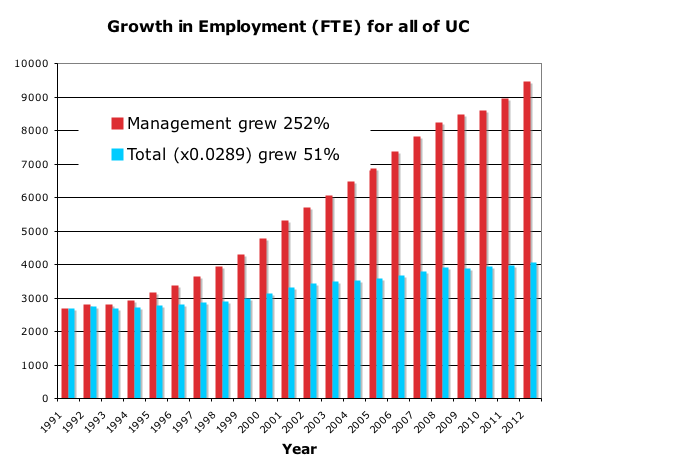 The New York Times has a nice essay explaining why college tuition is out of control. They first detail the conventional wisdom spewed, which is that the public funding for universities has been cut, forcing the increase in tuition. The essay debunks this, and explains the real reason.

“According to the Department of Education data, administrative positions at colleges and universities grew by 60 percent between 1993 and 2009, which Bloomberg reported was 10 times the rate of growth of tenured faculty positions.

What cannot be defended, however, is the claim that tuition has risen because public funding for higher education has been cut. Despite its ubiquity, this claim flies directly in the face of the facts.”.

I have spotted this anecdotally. I work with universities and academic medical centers every day. I am old enough now to have seen some of my classmates land jobs as “deans”. Someone I went to medical school with is now a “dean”. Every time I email the guy, he seems to be on vacation and I get an “out of office” reply. I still do not understand what is his role within the university.

A dean used to be a prestigious singular title. Now, everyone seems to be a dean.

I could list more examples from my personal interactions, but I tend to agree with the author of the New York Times essay. Universities have become politically powerful because they are the largest employers in many states and governors will not cut their ranks.