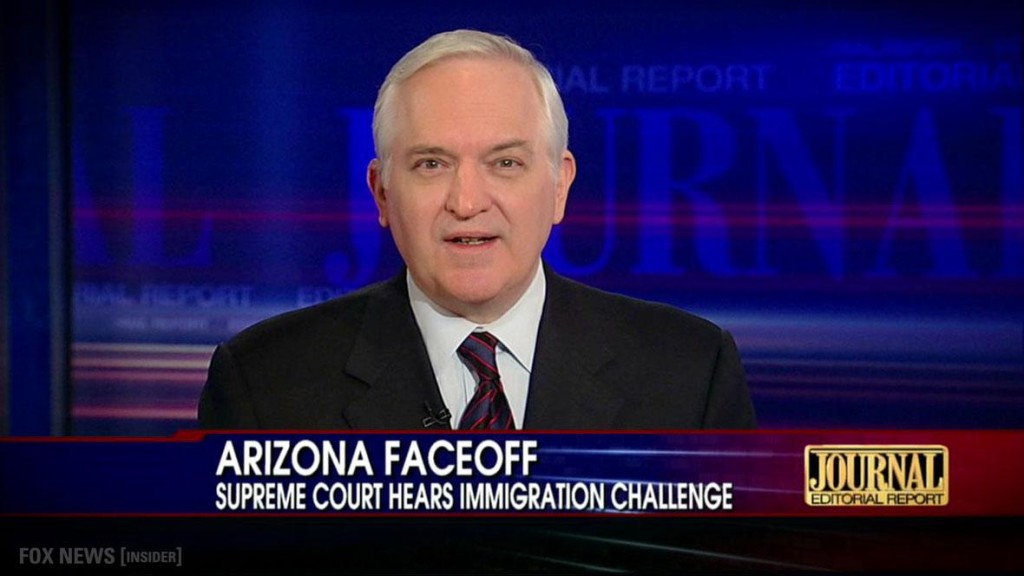 On February 20th, Paul Gigot, the editor in charge of gatekeeping the letters published in the prestigious Wall Street Journal, allowed two men to criticize Secretary of State John Kerry’s remarks about climate change. The letter stated, “In a Feb. 16 speech in Indonesia, Secretary of State John Kerry assailed climate-change skeptics as members of the “Flat Earth Society” for doubting the reality of catastrophic climate change. He said, “We should not allow a tiny minority of shoddy scientists” and “extreme ideologues to compete with scientific facts.” But who are the Flat Earthers, and who is ignoring the scientific facts?  The climate-change-consensus community points to such indirect evidence of warming as glaciers melting, coral being bleached, more droughts and stronger storms. Yet observations show that the warming of the deep atmosphere is not occurring at an alarming rate.”.

Yes. You read that correctly. The WSJ allowed climate change deniers, two “scientists” paid by the oil energy, to have a voice in their respected opinion pages.

On February 18th, the same WSJ Op-Ed section allowed Scott Gottlieb to, once again, shill for the medical device industry. Dr. Gottlieb works for the American Enterprise Institute, which receives funding from the healthcare industry, and he also is personally paid as a “consultant” for medical device companies.

Exaggerating his former position at the FDA to seem like a credible expert, Dr. Gottlieb criticized the FDA for allowing a clinical trial to use sham operations as a control. The trial he references led to a failed outcome for Medtronic’s renal denervation device that aimed to control high blood pressure.

Larry Husten, who writes for CardioBrief and Forbes, wrote an essay critical of Dr. Gottlieb’s WSJ Op-Ed. He stated, “In an op-ed piece in the Wall Street Journal Scott Gottlieb, a former FDA official under George W. Bush, argues that the FDA should stop requiring medical device companies to use sham procedures when they test certain new products. To support his argument he uses the example of renal denervation, a once highly promising new technology for lowering blood pressure. Unfortunately, Gottlieb extracts exactly the wrong lesson from this story, because the renal denervation story is a perfect example of why sham procedures can be both necessary and more ethical than any alternative.

At first glance it’s hard to disagree with Gottlieb. The idea that patients would receive an invasive surgical procedure that could do no good appears abhorrent. “Research that introduces harm or risk with no opportunity for benefit would seem to conflict with the principles governing research on humans,” writes Gottlieb.

As Gottlieb notes, renal denervation “is already available in Europe, where regulators approved it based on traditional studies.” Gottlieb fails to notice how this undercuts his point. After all, many thousands of people in Europe have received a device from which they may have received no or little benefit and may have experienced harm. But this doesn’t seem to concern Gottlieb. Here, writing about the effect of well-controlled trials, is what does concern Gottlieb:

All of this raises development costs—and it encourages firms to skip the U.S. market and commercialize new products overseas. This can suppress innovation. When a sham trial doesn’t produce positive results, the company may have exhausted its resources and have no capital left to refine a good idea into a beneficial product.

But, as the renal denervation story demonstrates, the trial didn’t “suppress innovation.” Instead it showed that the so-called “innovation” was, well, a sham.

Although he waves the flag for ethics, it’s clear that what really motivates Gottlieb to stand up and salute is business profits.”

Mr. Husten’s retort to Gottlieb was well received. The social media world of medical journalists and doctors responded with Re-Tweets and “Likes”. Virtually every credible source sided with Husten and lambasted Gottlieb.

In 2012, this author published an essay in the WSJ Op-Ed section that was the first mainstream article to point out the website and IT flaws of the ACA “Obamacare”, and the fraudulent “research” being awarded funding by the newly created CMMI. My article was met with a rare rebuttal from the federal official in charge of the CMMI, to which I replied in a follow-up letter. The United States Senate and House investigated, and in 2013, the Director of CMMI was fired. In 2014, the New York Times reported, just as I warned, that the research coming from the CMMI research was junk science.

My writing sounds pretty impressive and influential. It seems to fit in perfectly with the Obamacare-bashers of the WSJ. Right? Well, would you believe that the WSJ Op-Ed Editor, Sir Paul Gigot, rejected it? Only because I knew the CEO of Dow Jones at the time, and appealed to him, were my articles published.

A few months after my 2012 articles, President Obama was re-elected, despite presiding over record high unemployment and an ongoing economic depression. He won because his opponent, Mitt Romney, was the worst candidate of the bunch, greatly disliked by most conservatives, yet was propped up by the GOP establishment.

On election night, Karl Rove, the “Architect” of Prescient Bush’s campaigns, made a fool of himself on Fox News by disputing the Ohio vote count, claiming the early internal Fox analysis had gotten it wrong. Fox’s Megan Kelly asked Mr. Rove on the air, “Is this just math that you do as a Republican to make yourself feel better, or is this real?”.

Throughout the 2012 presidential campaign, Mr. Rove was allowed to publish numerous Op-Eds in Mr. Gigot’s section of the WSJ. After the clobbering that the GOP suffered in the election, did Rupert Murdoch (who owns the WSJ and Fox News) fire the editors of the WSJ or release Karl Rove as a Fox news contributor? Nope.

Mr. Rove is still on the air at Fox. Mr. Gigot is still disgracing the rest of the WSJ with his poor leadership of the coveted opinion section of the country’s largest paper. In fact, the only person who was fired was Lex Fenwick, the CEO of Dow Jones who enabled my articles to be published.

Post Views: 876
This entry was posted in - Opinion. Bookmark the permalink.