Trump made a big mistake wading into the quagmire of healthcare 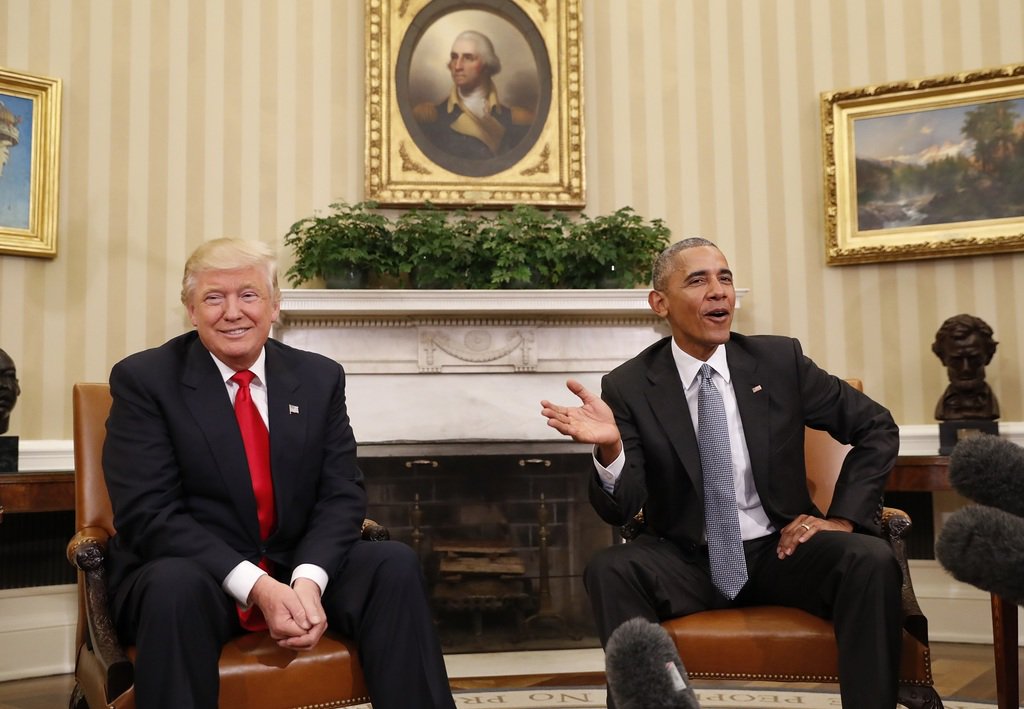 Is President Obama foreseeing the future here and having a laugh?

I watched Face the Nation and the news coverage of Friday town hall meetings. Mick Mulvaney was the only stooge willing to go on TV to support the house vote to repeal and replace Obamacare. He is a train wreck who seems to be on the verge of a fistfight.

Trump made a big mistake wading into this quagmire of healthcare reform. It is an unsolvable problem, much like the Israeli-Palestinian feud. Trump did not think this through and now he owns it.

Unfairly, all of the problems of the American healthcare system will become associated with Trumpcare. Because no one has the political will to end fee-for-service, cut out the insurance company greedy middlemen, or propose a single-payer system, it is inevitable that Trumpcare will be a disaster. Donald Trump simply lacked the intellect to see this and thought it would be better to have a short-term “told you so” achievement by repealing Obamacare.

Trump’s best play from here is to let the senate kill it and blame them. That way, he can have his cake and eat it too.

If this Trumpcare goes through the senate successfully, the states will likely lose their gravy train payments for expanded Medicaid and millions of poor will lose coverage. Also, rates will go up for the obese elderly population under age 65 with pre-existing illnesses, the same people who vote for Trump, and the media will have a heyday.

So, unless the economy really does add jobs in Trump-country (as it seems to be doing now) and Trump defeats North Korea or ISIS, the midterm elections will be bad for the corrupt GOP (which will be a good thing). Thus, the puppets for the insurance company lobbyists will be evicted from congress by their support for the insurance companies via Trumpcare.

Post Views: 1,387
This entry was posted in - Opinion, CMS, Congress. Bookmark the permalink.