The New York virus death rates are too high. Why? 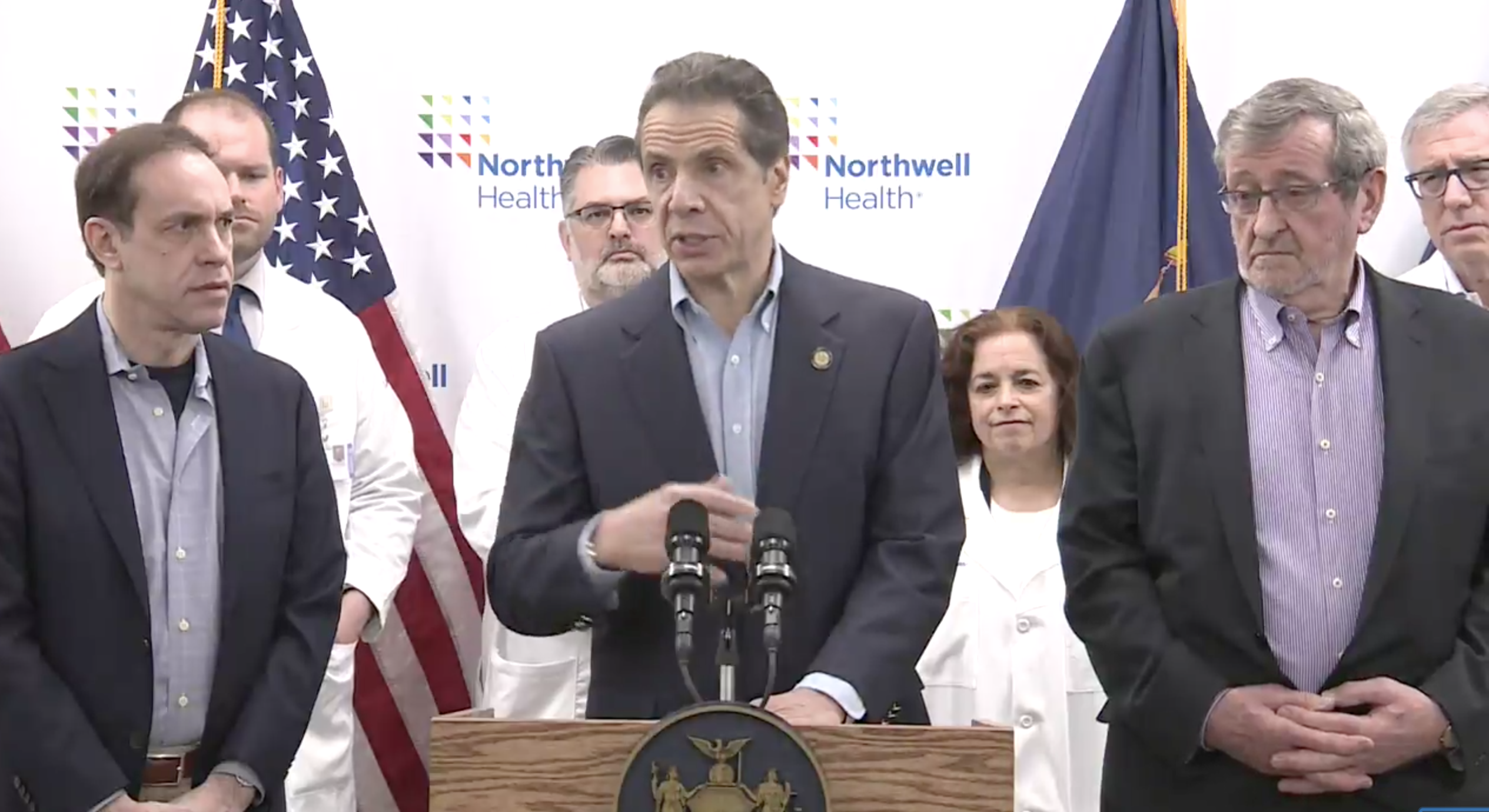 I have been following closely the death rates from this SARS-CoV-2 virus, also known as COVID-19, or simply as coronavirus. I thought that the rates would drop below 1% as more people were tested. Well, they have been increasing, and are now at 1.76%. Why?

Upon closer inspection, those death rates are greatly skewed by the hot-spot of New York, with the city being the source of most of the cases for the entire state. If one takes those deaths out of the spreadsheet, then the national death rate is 1.15%.

Why have coronavirus deaths in New York City doubled over the last 48-hours? What is going on at the granular level?

There are only a handful of hospitals treating the majority of the virus patients. They are in the boroughs of Brooklyn and Queens, not in the gentrified wealthy parts.

Elmhurst Hospital has been at the epicenter of the coronavirus epidemic in New York. The Guardian reported, “Under normal circumstances, Elmhurst has a 15-bed intensive care unit. Now, it is full with Covid-19 patients who require invasive intubation to be on ventilators. As of Thursday morning, 45 of the hospital’s now 63 ventilators were in use, a person with knowledge of hospital inventory said. In the last 48 hours, 50 additional hospital staff have been sent to Elmhurst hospital, and 60 patients transferred elsewhere to try to alleviate the strain on hospital staff. De Blasio said he is transferring another 40 ventilators to the hospital.”

Elmhurst Hospital is located in a region of Queens where Latino immigrants comprise the majority of the population. Most of the patients under normal times are covered by Medicaid, if they have any insurance at all.

Despite those shortcomings as being one of the least equipped, least funded, least competent medical centers, Elmhurst has become the “center of excellence” where infected patients are being sent, and where ventilators are being shipped. At the same time, CEO’s of the swanky Manhattan hospital, Mount Sinai, were exposed in the press for hiding out in Palm Beach in their multi-million-dollar second-homes as they collect salaries in excess of $6 Million.

One can see how eager the best medical centers in the city are to have virus patients sent to them by watching cable TV news. Fox News’ Mark Siegel, MD, an NYU Langone doctor, was urging early on for sick patients to stay away from the hospital because the doctors were afraid of contracting the virus. He does his reporting from the safety of his apartment. Likewise, Nicole Saphier, a Memorial Sloan Kettering radiologist, reports with full makeup and a glowing smile from the safety of her home. Claiming that she is at high-risk from a “medication”, Dr. Saphier is not going into the hospital. The only real doctor on the front-lines to appear on Fox News has been an Elmhurst ICU doctor, Sotirios Kassapidis, MD. (I stopped watching the other channels, but I am sure that ABC’s Dr. Ashton, Dr. Oz, and CBS’ Dr. Agus are all as bad.)

When thousands were killed by the 9/11 terrorist attacks 18-years ago, Bellevue Hospital in Manhattan was Command Central. If the President of the United States were to be shot while in New York, they would be treated at Bellevue if they were in Manhattan. When Ebola patients needed care in the city, they went to Bellevue. Now, Bellevue is not the “Center of Excellence” for this historic epidemic. Why?

Stephanie Guzman, A media spokesperson for the New York HHC that runs Bellevue and Elmhurst would not provide patient number for each hospital.

On March 14th, it was reported that the first New Yorker to die from the virus was treated at Brooklyn’s Wyckoff Heights Medical Center. I know that facility well, having briefly moonlighted there in 1998 while doing research as a surgery resident at NYU. The facility itself was fine. It was not filthy, despite being in a low-income neighborhood. However, the senior doctors and executives were incompetent.

Fourteen-years later, in 2012, I began reading stories from the New York Time’s Anemona Hartocollis about scandals of corruption at Wyckoff, none of which surprised me. For example, the hospital had established a special bank account for the purpose of providing bribes to a New York State Assemblyman who oversaw the hospital.

I reached out to Anemona Hartocollis and assisted her with some of the stories as well as submitted an Op-Ed. However, her gutless editors found my comments to be too harsh and it was not accepted.

Ms. Hartocollis replied to my email submission of the Op-Ed, “Steven: It’s an interesting piece, but I don’t think the OpEd page will publish a piece raising potentially damaging information about individuals like Dr. Gourji and Dr. Rao without giving them a chance to respond – a process that’s normally done in a news story. I could pass it on, but I just don’t think it meets Times standards for that reason. So your best bet, if you want to try anyway, is to send to oped@nytimes.com.  They really do read every submission and if they are interested, will provide feedback. best, anemona”

Here is an excerpt from my submitted Op-Ed:

“When I was a surgery resident many years ago, I “moonlighted” part-time at Wyckoff Heights Hospital in Brooklyn while I took time off from residency training in Manhattan to conduct clinical research trials. Compared to the large tertiary care teaching hospitals to which I was accustomed, Wyckoff Heights struck me even back then, before the scandals erupted, as being an institution run by corrupt and incompetent staff.

The Chief of the pediatric emergency department at Wyckoff, Dr. Sol Gourji, had failed his specialty medical board exams many times. The Chief of Surgery at Wyckoff, until his resignation in December of 2011, was Dr. A.C. Rao. He hired the part-time staff to moonlight and gave them responsibilities for which they were not trained. For example, the jobs of handling complex orthopedic fractures, and even neurosurgery emergencies, were given to doctors with no training in those specialties.

Since my time as a moonlighting surgeon, Wyckoff has become the most publicized of the corrupt and unsafe Brooklyn hospitals being investigated by Governor Cuomo’s teams. Dr. Rao resigned in December, 2011, amidst investigations into unethical business practices. He was also part of the hospital board which is under fire. Dr. Gourji still practices to this day, despite never having passed his board exams.

Matters of financial graft and corruption aside, this type of unsafe and incompetent care is commonplace in these neglected hospitals that mostly treat the uninsured in New York City. I personally witnessed inexcusable healthcare delivery at Wyckoff in the few months that I worked there.”

Governor Cuomo’s staff has been “investigating” numerous failing and corrupt hospitals in New York’s outer boroughs. His solution has been to pump more money into them and keep the zombies alive.

Now, these same hospitals, that are incompetent at best and corrupt at worst, are the “Centers of Excellence” treating critically ill coronavirus patients who need cutting edge medications never tried before in the country. What could go wrong?

This is why we are seeing carnage from the coronavirus. The wrong hospitals are treating the patients because the fancy Manhattan medical centers do not want the infection risks.

Governor Cuomo has been integrally involved in the failed attempts to clean up these very same hospitals. The blame falls squarely on his shoulders.

At the federal level, Anthony Fauci, MD of the NIH has been the most vocal about how we should handle this pandemic. However, he has not visited New York to inspect the problem. From his ivory tower in Washington, he seems to have been unable to spot all of the above; The wrong hospitals are treating these patients.

President Trump needs to take control of this crisis from Governor Cuomo. There needs to be an emergency medical center dedicated to the treatment of this virus. Perhaps the new facility at the Javits center, or the floating Navy hospitals, could do the job.

If each virus patient received hydroxychloroquine plus azithromycin, and/or received remdesivir, and/or immunoglobulin harvested from the plasma of people who have recovered, all of which would be overseen by competent doctors, then few people should die from SARS-C0V-2. At the same time, if healthy healthcare providers volunteered to take the vaccine that is now ready, to test the safety, it could be rolled out in full scale within months.

The status quo is unacceptable. Unqualified doctors are currently acting as ICU experts in underfunded, ill-equipped, hospitals that cannot treat even run-of-the-mill medical problems. This is why the death rates are increasing.

(Note: I applied to the state website that is recruiting doctors for New York and no one replied. I have also flown to New York recently as the fear was spreading.)