Did antidepressants cause the Germanwings pilot to commit suicide and mass homicide? 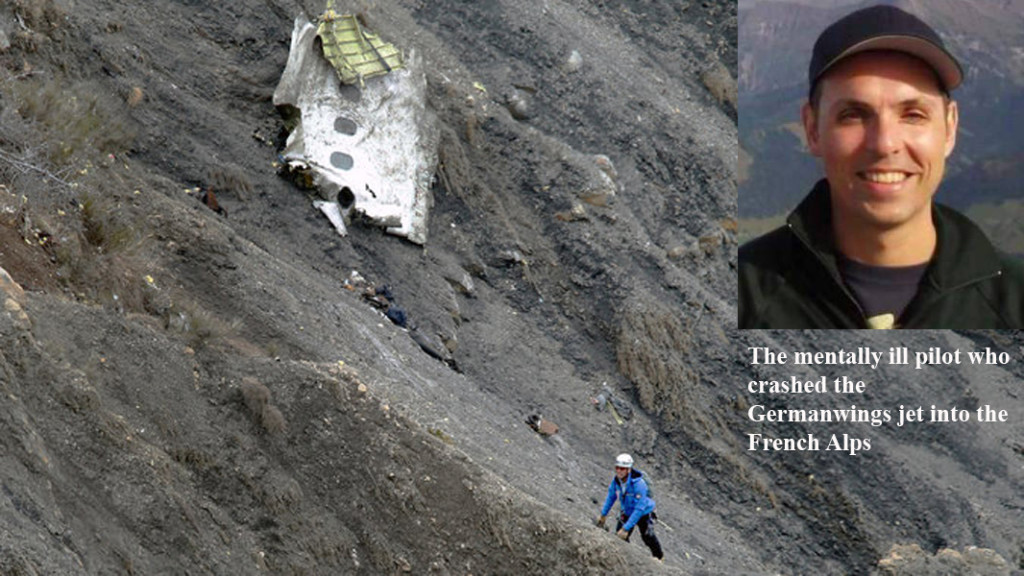 The facts are now becoming known in the Germanwings Flight 9525. The co-pilot, 27-year-old Andreas Lubitz, was being treated with antidepressants for an “extended period of time” before flying the plane into the French Alps, murdering 149 innocent souls on board. Therefore, at the very least, one can conclude that the medications did not work. One can also rationally hypothesize that the antidepressants worsened the pilot’s suicidal ideations and tipped him over the edge.

In 2007, the FDA added “black box warnings” to a broad class of antidepressants warning that suicidal behavior was increased in patients taking the medications. Meanwhile, in 2008, the New England Journal of Medicine published a paper which concluded that the body of published literature on antidepressants was unreliable because the negative studies were often not published, skewing the evidence base. In the mainstream press, TV news shows, such as “60 Minutes”, reported how the drugs were no better than placebo.

In April of 1999, two students of Columbine High School in Littleton, Colorado massacred dozens of students, killing 15. The two murderers, Eric Harris and Dylan Klebold, committed suicide. Harris was taking the antidepressants Zoloft then Luvox. It is unknown whether Dylan Klebold was also on medication.

In 2007, a Virginia Tech student, Seung-Hui Cho, massacred 33 students. Mainstream news reported that he had a history of taking antidepressants, but those reports were never confirmed or denied.

In 2011, Congresswoman Gabby Giffords was shot in the head, and six other were killed, when Jared Loughner opened fired. He was abusing alcohol and psychotropic illicit street drugs. It is unknown whether he was taking antidepressants.

In July of 2012, James Holmes entered a movie theater in Aurora, Colorado, shooting and killing 12 people. He was abusing opioid pain pills and taking antidepressants.

A few months later, in December of 2012, Adam Lanza, autistic and on antidepressants, shot and killed 28 kindergartners in Newton, Connecticut.

In 2014, actor Robin Williams slit his own throat and wrists, committing suicide. He was on multiple medications, including the antidepressant Remeron and antipsychotic Seroquel.

In 2015, the Germanwings co-pilot mentioned above flew the plane into ground, murdering 149. He was on antidepressants.

Meanwhile, The United States military is experiencing an epidemic of suicide among soldiers and veterans. This has correlated with an increase in usage by military psychiatrists of antidepressants and antipshychotics.

But correlation is not causation, of course. Anecdotes are fraught with confounding factors, such as illicit street drug use. That is why the larger body of data reviewed by the FDA panel in 2007 is more reliable.

However, the public cannot make sense of statistical data. It is the real stories of horror, such as the Germanwings and Newton massacres, that drive home the point.

Every time a mass murder committed by a lone deranged person takes place, the TV and print press are loath to make any inference to antidepressants or other drugs as the culprit. The Big Pharma companies pump hundreds millions of dollars of advertising into the news agencies, biasing them.

We can no longer rely on the news and the wisdom of doctors too easily swayed by group think and dogma. The FDA and other regulatory agencies need to re-evaluate whether antidepressants are ever indicated at all.

Post Views: 1,478
This entry was posted in - Opinion, Psychology Psychiatry. Bookmark the permalink.